He has recorded the Beethoven, Tchaikovsky and Mendelssohn violin concertos, the Beethoven Romances, works by Saint-Saens, Massenet, Kreisler and Drdla, Schnittke’s Concerto Grosso (which received the Deutsche Grammophon prize in Japan), and the world premiere recording of Takemitsu’s Nostalghia. An all-Johann Strauss recording featuring Michael Dauth directing the Orchestra Ensemble Kanazawa, and a recording of the Mozart and Brahms Clarinet Quintets with his Japan-based Sunrise String Quartet and Wenzel Fuchs. His recording of Vaughan Williams’s Lark Ascending has received worldwide recognition.

Michael Dauth is also a strong advocate of contemporary music and has performed concertos by Kurt Weill, Gaubaidulina, Schnittke, Corigliano, Takemitsu and Ishiyanagi to mention a few.

In 2013 Lee Bracegirdle dedicated his concert for violin to Michael Dauth. He plays the world premiere 2016 with the SYO.

In 2003 he received the Centenary medal awarded by the Governor-General for service to Australian society and the advancement of music. 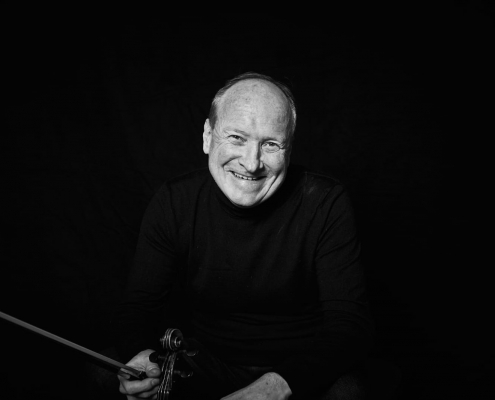